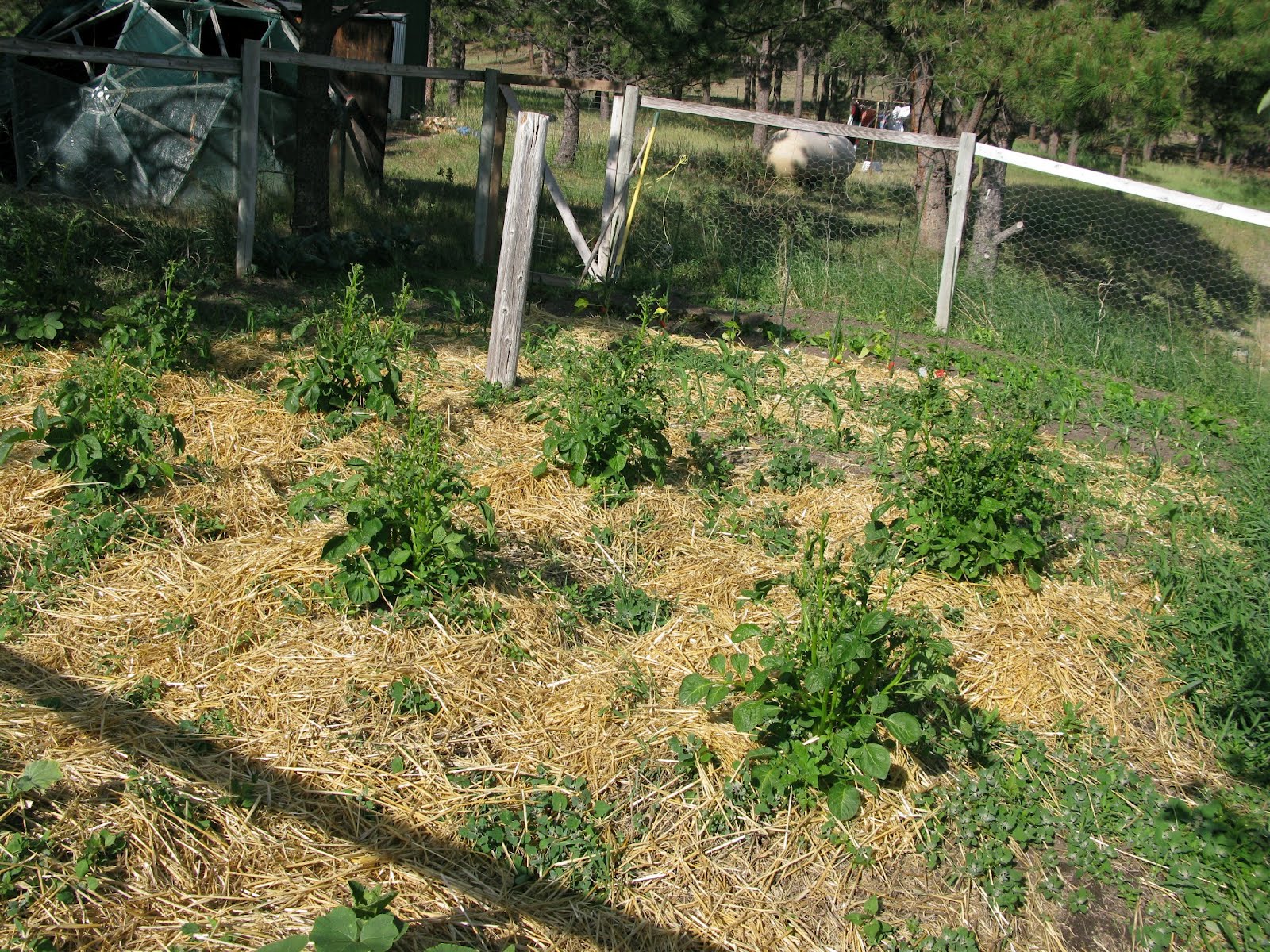 One of the best ways to gather information about what grows in your area is to speak with longtime residents who know the whims of the climate and who have gardened in your area for many years.  My father-in-law, Mike, has lived and gardened at 7,300’ elevation near Colorado Springs, Colorado for over 25 years.  As we toured his annual garden plot on the summer solstice, he shared some of his observations and notes on growing vegetables on the high plains of eastern Colorado.

Zone – According to the new 2012 USDA Plant Hardiness Zone Map, my in-laws’ land is in zone 5a, which means that the annual average minimum temperature is -20 to -15 degrees Fahrenheit.  The growing season for vegetables is from about May to September.
Rainfall – The Front Range area of Colorado is a semi-arid environment, with low rainfall, low humidity, and frequent winds.  Snows generally come in late winter/early spring.  On average, the Colorado Springs area gets about 16 inches of rain per year.  Thunderstorms are usually reliably regular occurrences all summer, but in the last 5 or so years, Mike says storms and rainfall amounts have become much more unreliable.  One thing that gardeners on the American plains have to take into consideration
Growing plants from seed – Mike says that seeds sown directly in his garden take much longer to germinate than their respective seed packet indicates.  Why this is, is unknown.

Spinach – The spinach, sown from seed, was just barely sprouting in mid-June.
Peas – Sugar snap peas were planted in two rows close to each other.  Mike was talking about putting some kind of trellis between the rows so the peas could climb up both sides of it.
Beans – Pole beans don’t do too well here, but bush beans grow well enough.  Mike has at least four varieties of green and other beans growing in his garden.
Onions – The family harvests green onions throughout the season before the root crop is harvested in fall.
Garlic – Mike said he couldn’t find any garlic seed or plants at his usual supply stores this year, so he grew some garlic from bulbs he bought at the grocery store.  They were not as far along as the onions, but soon will be ready to start harvesting occasional greens from.
Corn – Corn is usually a staple of Mike’s summer garden.
Potatoes – Mike says potatoes are one of his most successful crops.  This year, he is growing red and Russet potatoes.  He told me that one year, he grew potatoes so large that he could feed a meal to his whole family of four from just one potato!
Summer squash – Summer squash is another staple of Mike’s summer garden.
Winter squash – Winter squashes usually do well in this area.  This year, Mike is growing Buttercup squash and Butterbush squash.
Red cabbage – Cabbages do well here, according to Mike.
Collard greens – The young collards were getting eaten alive by leafhoppers when we toured the garden.  Must come up with a strategy for discouraging the leafhoppers.  Mike says that once the collards get big enough, they are strong enough to withstand the leafhoppers.  In years past, I have seen and harvested from huge, healthy collard plants in this garden, so they do well in this area if not for the leafhoppers!
Broccoli – Broccoli does very well here, as do other brassicas.  Mike’s broccoli plants were very healthy and happy-looking, and though the collards next to them were getting demolished by leafhoppers, the broccoli had not a blemish.
Brussels sprouts – These have been successful in the past, but Mike doesn’t have any in the garden yet this year.
Lettuce – Lettuces grow well here.
Tomatoes – Tomatoes will grow OK outdoors, but the fruits don’t ripen on the vine, and thus Mike has to put them in paper bags to artificially ripen them.  Cool summer nights may be a culprit.  Mike has had success growing cherry tomatoes indoors in south-facing windows, where they will ripen on the vine.
Kohlrabi – Mike doesn’t have any kohlrabi in the garden this year, but said he has grown it very successfully in the past.