At the last minute this winter we decided to tap our mature maple tree (just one tap) and boil off some sap to make a small amount of maple syrup.  I was equally interested in building an experimental rocket stove as an evaporator with the materials I had on hand.  It worked great!

With some landscaping bricks, a dutch oven and a bit of home-made cob we had our stove chugging along in about an hour… maple syrup in 5 hours.   3+ gallons of sap made 1 cup. of syrup. Here are some pictures: 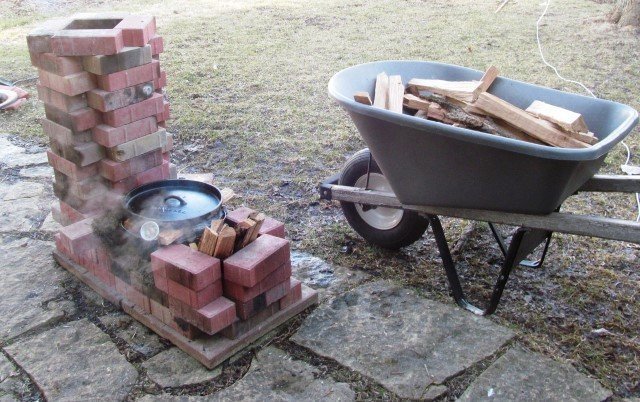 I built the stove by dry stacking (no mortar) the bricks to form a chimney and burn chamber. We nestled the dutch oven in to serve as the top of the burn chamber so it would receive direct flames for a hot, rapid boil. 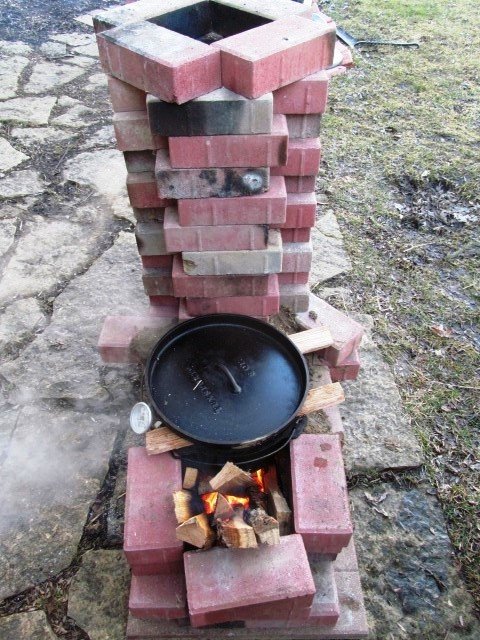 You can’t see it in this picture but the sap is boiling away.  The dutch oven lid is held 1″ above the oven with two pieces of wood to keep the ash out.  And what looks like smoke is just steam. Most of the time there was no smoke.  As it is with all rocket stoves, they are designed to get hot enough that they burn all smoke and most of the finest particulates. 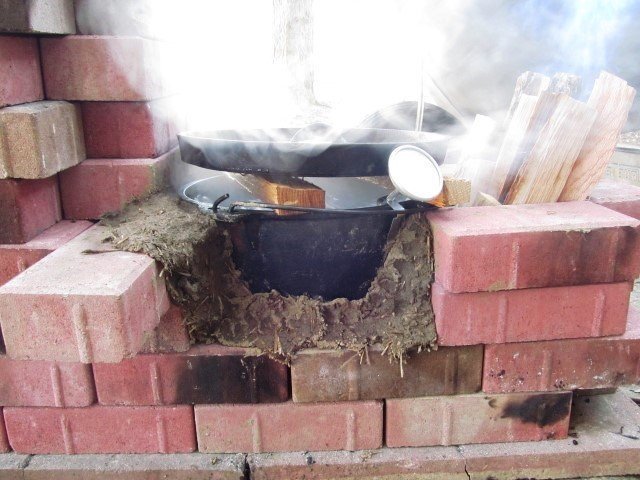 We made a small amount of cob from our yard (just sand, clay, a bit of straw, and some water to make it tacky) and molded it around the oven to prevent air from leaking in.  We tried the stove without the cob but it did not burn well and there was too much smoke.  The cob changed the efficiency and dynamics of the stove immediately. 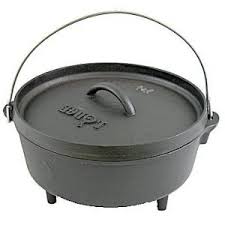 A word about the dutch oven.

I’m sure the early settlers used large cast-iron pots to boil off their syrup. But cast iron is no longer recommended due to the affect on the flavor and color of the syrup.

In our batch there were small-black particles and it started to develop a metallic taste as it boiled down further and further.

So, when we got near the end (down from 3 gallons to about 1/2 gallon) we ran the sap through a paper coffee filter to pull out the black mineral deposits and then boiled the filtered remains down in a stainless steel pot on our kitchen stove.  This saved it for sure.  Our fresh syrup looks great (light caramel color) and tastes very acceptable (to me).  It does not have the perfect maple syrup flavor but it is very sweet and very tasty anyway.

Should any of you experiment with your own dry brick rocket stove, please let us know what you end up using as an evaporator pan and how it worked for you.

Covid-19: All of our Summer Trainings are Canceled!
Ugh... With the virus still moving through our country, we don't see how we can provide our on-site trainings with any guarantee of zero infection to
you, our students, or to our own community and staff. So, we are going to use the next few months to work on our own local projects and will be sharing some of this on our blog, Instagram or Facebook.


But Our Fall PDC at Fern Hollow Farm is Still Open
And We Look Forward to A Full 2021 Schedule
If we end up canceling the fall training, all who have registered may choose to either receive a full refund (less the price of the webinars [$195]) or just forward their registration toward any PDC or Advanced Training during the next three years.

Floods, Droughts, Storms and Pandemics Are Likely on the Rise.
We Can Be Part of the Solution.
The PDC Course lays out tools, paths and skills we as humans can use to work with nature to minimize global disruptions while also improving the health of all life on this planet. This training is about being the change that brings us toward real and lasting solutions! 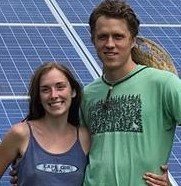 
I
I
Sister Permaculture Project in
India
Join us in learning about and supporting this wonderful project.