A Visit to the… Chicago Honey Co-op… July/07

Just as Chicago became one of the largest urban ‘melting pots’ as people from around the world flocked into the cities, so did flowering weeds as trains, trucks and people crossed this bustling city.  As a result, the bees in the city have hundreds of varieties of flowering plants (some called ‘weeds’) to visit in their search for nectar and pollen. The result is some of the most unique tasting and rare honeys available on the market today. The honey from this Chicago Co-op is considered a premium honey…! Who would have thought?

Above Pictures and Text by Bill Wilson of Midwest Permaculture

August 12-22, 2021
Join us In-Person at
Fern Hollow Farm
With Three Very Talented Teachers
And this dog! And another one 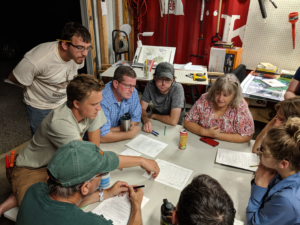 Online PDC
Our Third...
Oct.19 - Nov.18, 2021
"An amazing month. Learned so much more than I could have imagined while online. And loved getting to know everyone else in the class and seeing their exciting projects. Bill and Becky are amazing teachers."
Judith - Recent Online PDC Graduate 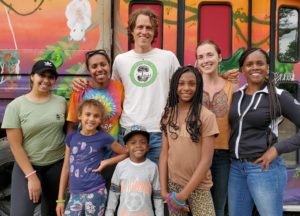 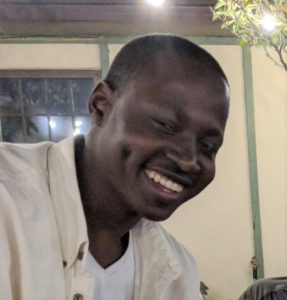 Besides offering them design and consulting services, we also share a portion of every PDC student's registration with Malvikaa and Isaac to help further the amazing work they are doing in their own villages.